Discover 13 Short, Powerful 4-Minute Workouts That ELIMINATE Long Boring
30+ Minute Cardio Sessions,
That You Can Add to ANY WORKOUT!

Since YOU are an action taker, right now you have the opportunity to add 13 of the most effective endurance builders for burning fat and building endurance - that can be used with ANY workout, DOUBLING your results in less time – Guaranteed.

In full disclosure and honesty, my Endurance Builders are no “magic potion”.

They are physically and mentally challenging - as well as demanding. So before you even consider learning more, please be assured this program will ONLY benefit those that are. 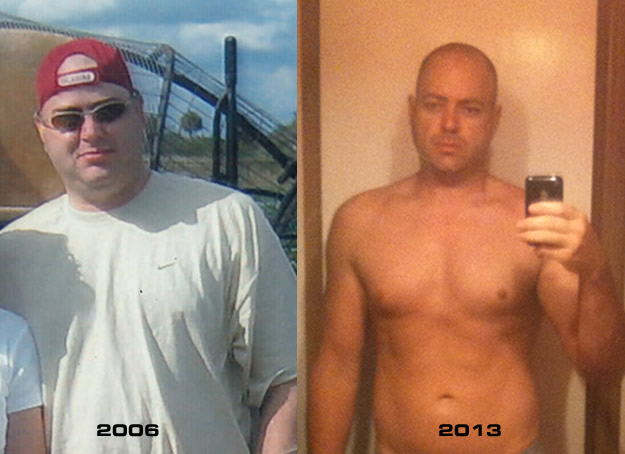 Christian Henning, CTT, before and after using his Golf Fitness Workouts

The Powerful Fat-Burning Methods Used In My Endurance Builders are Consistently Used by the Best Coaches in the World...

And best yet, the Endurance Builders Method is
BACKED by REAL Scientific Research...

Take a look at this study from Canadian researchers at Queen’s University.

The researchers tested an Endurance Builder style workout against long cardio. 22 college-aged women did 4 workouts per week for 4 weeks in one of three groups.

Group A: Did 30 minutes of treadmill running at 85% max heart rate.

Group B: Did 8 rounds of 20 seconds of a single exercise (burpees, jumping jacks, mountain climbers, or squat thrusts) with 10 seconds of rest between rounds.

Group C: Did nothing (they were the non-training control group).

Both training groups increased their aerobic fitness levels by the SAME amount (about 7-8%). 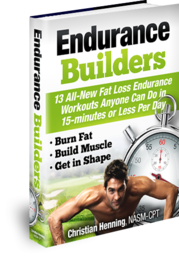 Results: Both training groups increased their aerobic fitness levels by the SAME amount (about 7-8%).

But this is a ONE-Time offer….

You will never see this offer again... and it's my way of saying THANK YOU for being a student of mine.

Once you leave this page, your chance to get ALL 13 Endurance Builders you can use with any program for only $19 will be gone FOREVER!